Local 23 refuses to provide JPLRC Minutes to dispatch hall users, unless you are related to or friends with Union Officials.

Once again Local 23 denied JPLRC minutes in violation of past NLRB Settlement Agreements, and asked their secretaries to lie under oath about what happened.

Here are the final briefs submitted by Local 23 and Region 19, related to the trial they had in October 2017.

Do not let corrupt Union Officials deny you your rights.

David Miller got fired for refusing to throw a picket line Arbitration.

Looks like the new Arbitrators didn’t want to get Millered for refusing to throw this picket line Arbitration.

Just so you know. A picket line cannot be valid unless the picketers have a valid labor agreement with the employer they are picketing.

This picket line was organizational and/or informational.

The superintendents at Pasha did not have a labor agreement, therefore they could not have been on strike.

This is as phony as a 3 dollar bill, and taints every other Arbitration Decision issued by the employees called Arbitrators. 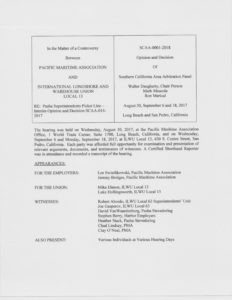 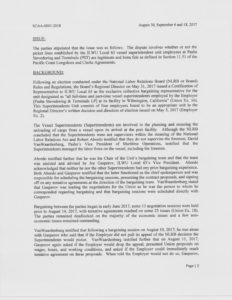 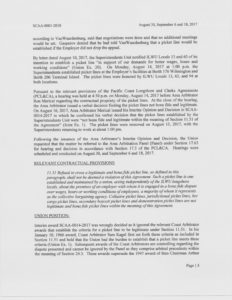 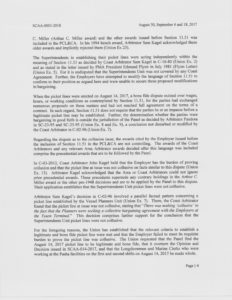 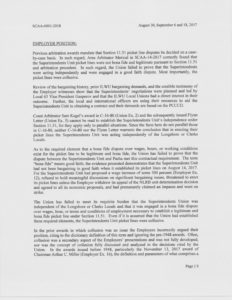 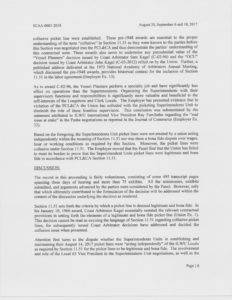 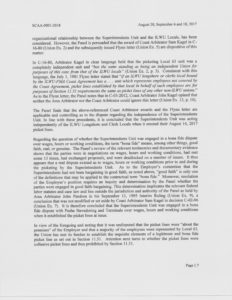 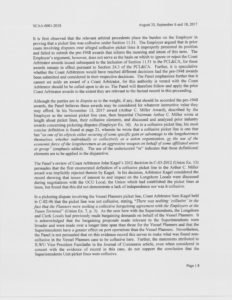 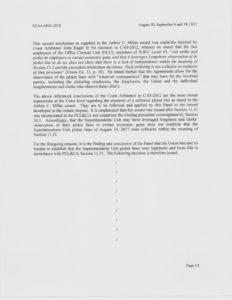 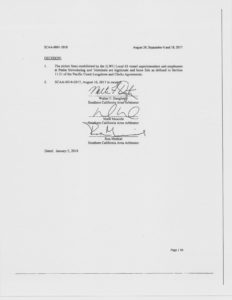 If you were the victim of one of these phony Arbitrations and you want to do something about it, especially if it was a Section 13 Award, send a copy to us and we will use it to fix this broken system.

Speak now, and help yourself and others, or prepare to get abused by Big Baby McEllrath and his Coast Committeemen, Frank Ponce de Leon and Cam Williams.

Send your decisions to laborrelations@comcast.net.

According to the new ILWU/PMA Arbitrators assault now gets you 1 month off work, not the minimum 1 year required by Section 17.821 of the PCLCD. 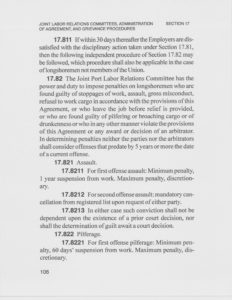 Last year after the new Arbitrators were installed, a lady longshoreman in LA/LB was assaulted on the job by a man.

She claimed she was assaulted in a Section 13.2 discrimination complaint and new ILWU Arbitrator, Mark Mascola, found the man guilty of discrimination, and assault, and gave him 1 month off work. 1 month off for assault.

Apparently the new arbitrators don’t have Section 17.821 in their copy of the PCLCD.

Now I see it is just the new Arbitrators and the ILWU/PMA applying their WIFL (Whatever I Feel Like) method of labor relations and contract interpretation.

According to Award PSAA-0007-2017 workers involved in physical altercations on the job (assault) are now given 12 months off work with 11 suspended, if your name is Conrad Spell and you are a past President of Local 23. 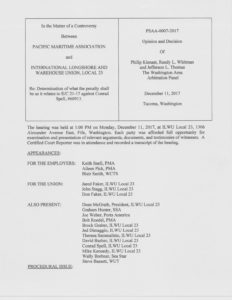 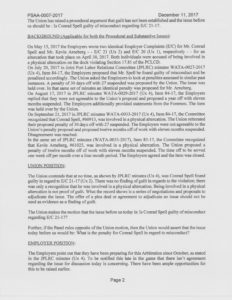 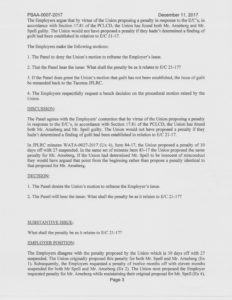 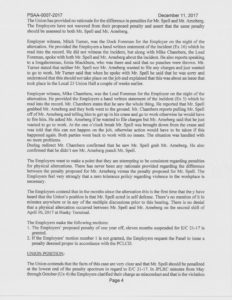 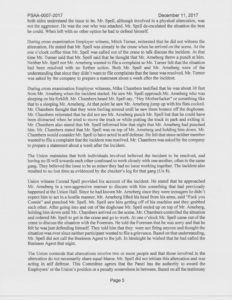 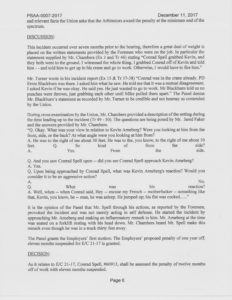 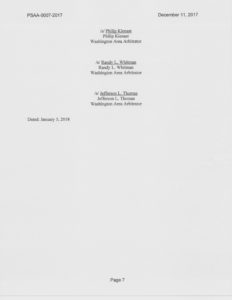 I know the ILWU and PMA Arbitrators are unqualified chumps picked because they will do what ever they are told, but I did not know they reached to the bottom of the barrel to pick their “neutral professional.”

Apparently the “neutral professional” can’t read a contract, or has decided to do what ever he is told so he can collect his $12,000/month bribe (salary).

I particularly like the part where the Arbitrators decide Conrad is guilty because the JPLRC was discussing a penalty. WOW. Did not know that discussing a plenalty proves a person is guilty.

What online law school did the neutral Arbitrator go to? Trump University?

This is what happens when idiots are in charge at PMA, and the inmates are allowed to run the asylum.

Pathetic is what it is, simply pathetic.