Here is our latest NLRB posting, which will be coming to Local 23 and Local 23’s website in the near future. 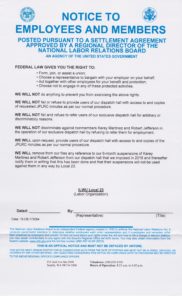 And the letter Dean got from the NLRB; 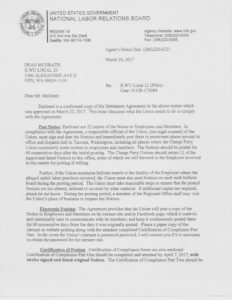 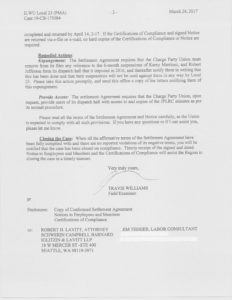 Not only did Local 23 refuse to provide JPLRC minutes in violation of a previous Settlement Agreement, Local 23 got called out for having different penalties for members from other Locals.

All users of the Dispatch Hall (including casuals) are entitled to JPLRC minutes, all they need to do is ask. There are no secrets on the waterfront.

Local 23’s explanation for putting members on 6 months no travel to Tacoma, instead of the $50 fine they charge their members, is that they have no way of getting a hold of  Voluntary Travelers to collect the fine.

Right, no way to get a hold of a Registered member of a sister ILWU Local.

PMA knows exactly how to get a hold of every longshoreman. Nice try boys.

Yesterday Region 19 found merit to another NLRB charge, against Local 19 this time, and asked if I would be agreeable to filing additional charges against the International and PMA, related to the requirement that the PCLCD grievance machinery be exhausted prior to filing NLRB charges.

Thanks Rich and Dean, you have given us the opportunity to make changes in the PCLCD grievance procedure and shown us your true colors.

The once mighty ILWU, known for the solidarity of their “rank and file,” has become a pathetic bunch of greedy idiots run by closed groups on Facebook.

Each Local has a closed Facebook group that comprises over 10% of the total membership for the Local, which is known as a quorum.

Union meetings, both membership and Executive Board, require a quorum in order to conduct any business.

If you look at the numbers of voters in the run-off elections in LA/LB for example; just under 2200 of the 7000 members voted, and 2894 members are in the Local 13 Facebook closed group. Local 13 2017 spring run off final results

What does that say?

It says the ILWU is run by the Facebook clique.

At Local 19 and Local 23, the Facebook clique attends Union meetings and make changes to work rules, dispatch rules, and their constitution, because they constitute a quorum.

Check out the Facebook rants of Local 23 President Dean McGrath; 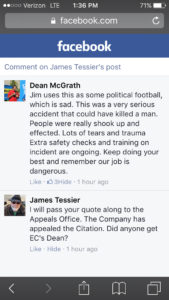 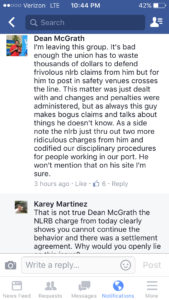 Dean refuses to provide JPLRC Minutes to members, in violation of a previous NLRB Settlement Agreement, and puts members from Local 19 on 6 months no-travel to Tacoma for something Local 23 members are fined $50, then quits the group because he does not want to talk about what he is doing, outside of his closed Facebook Group.

On March 23, 2017, Local 23 signed another NLRB Settlement Agreement which will be posted in the Local 23 Dispatch Hall and on Local 23’s Facebook page. Oh, and here as well, as soon as it is available.

Here is what a lot of people are saying about Eric;

All Eric needs is to get elected. 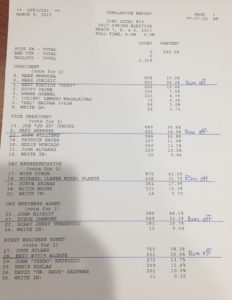 Union Business Agents do not work under the ILWU/PMA contract, they work for the Union.

If Eric was not eligible to do the Night Business Agent job he would not be on the ballot.

Check out what I found on Local 13’s website; the Spring Election Sample Ballot. 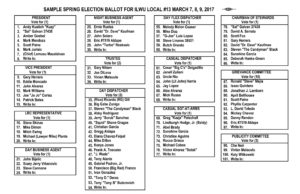 Or for those who prefer PDF; Local 13 2017 spring election sample ballot

Look who is running for Night Business Agent.

Here is his flier: 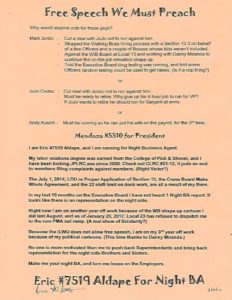 Or for those who prefer PDF; Eric – Eric – Free Speech We Must Preach 2017

This could get interesting, especially for Chicken Shit Rich Austin, when Eric comes back to Seattle to represent Karey in his 17.4 hearing.

Much more to come…..

Local 19 President, Rich Austin, is such a chicken shit and so afraid of Eric Aldape that on September 26, 2016, he canceled Karey’s Section 17.41 hearing, claiming Karey did not have the right to be represented by another A-registered longshoreman.

Both Rich and dip-shit Doug Stearns form PMA, both told Eric and Karey they would look into the matter of representation and get back to them.

In stead of doing that, Rich and his ball washing dispatchers decided to retaliate against Karey, and Darren Woeck filed a grievance against Karey, because Karey said he was going to file a 13.3 against Darren when he caught him putting names on the dispatch pads, again, prior to the start of dispatch on September 26, 2016, (The same day Rich pissed his pants.) 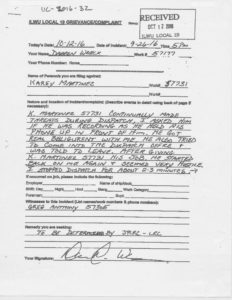 On February 28, 2017, Karey received a letter from the JPLRC informing him that he had been found guilty of violating Section 17.125 of the PCLCD. 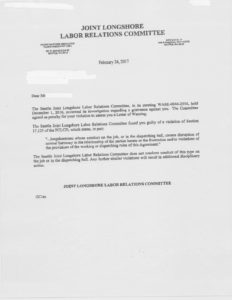 Karey will be filing another claim of discriminatory application of contract language in violation of Section 13.3 and of retaliation against him, because of his activity for or against the Union, because he filed complaints against the dispatchers for placing names on dispatch pads prior to the start of dispatch.

Processing a grievance filed against one employee by another employee, in this case a dispatcher, is a direct violation of the procedure agreed to in CLRC meeting #21-12, Item 3.

No employer complaint was filed against Karey within 30 days of the alleged violation, and he was not cited to appear by the JPLRC.

According to CLRC #21-12, item 3; “only the Employers have standing to file a complaint under Section 17.81,” which is the Section that should have been used to file the complaint. 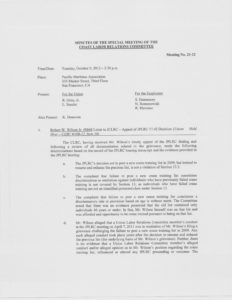 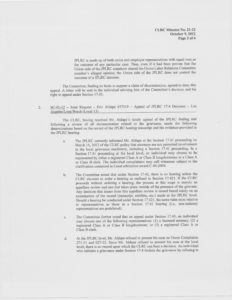 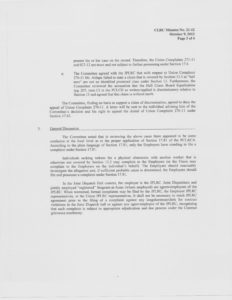 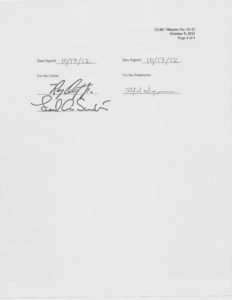 Section 17.125 is a sub-section on Section 17.12: “The duties of the Joint Port Labor Relations Committee.”

When the JPLRC finishes an investigation, only the Employer has the standing to file a complaint under Section 17.81 and that did not happen.

Karey went to the JPLRC meeting on December 1, 2016, to discuss his Section 13.3 complaint against the dispatchers and get an answer to his requests for the 30-day rule for filing complaints in Seattle and to get an answer to his question related to representation at Section 17.41 hearings, as that is why his hearing on September 26, 2016, was canceled by Rich Austin.

Karey did not know the JPLRC was going to process the complaint filed by the dispatcher, in retaliation for his 13.3 complaint related to putting names on dispatch slips prior to the start of dispatch, as he had received no notice by the JPLRC.

Karey was asked who his witnesses were. He was a little stunned by the questions and while he was thinking of what he was going to say, Tom Clay from TTI blurted out, “We already know what you did.”

Karey thought Tom’s statement was odd, but he decided to answer, told the JPLRC who his witnesses were and left the meeting.

When Karey received the letter of warning dated February 24, 2016, he realized that the JPLRC found him guilty without ever talking to his witnesses, based on a grievance filed by another longshoreman in clear violation of CLRC #21-12, item 3, because of his activity for or against the Union.

Why does Rich, and the rest of the ILWU Officers including the Coast, want to keep the information related to grievance procedures and process in the CLRC minutes hidden from their members?

Are they that insecure and desperate to keep power that they won’t share information with their members?

Harry Bridges would never behaved like this, he kept no secrets and accepted all challengers. He would be flat out ashamed of the current leadership with their redacted minutes and lying Officials.

Why would Rich flat out lie to his member, and the NLRB, about the CLRC procedure that allows a longshoreman the ability to be represented by another Class A, or Class B, longshoreman or clerk?

Does Rich think he can lie his way out of this?

Homey says, Rich gets another smack with the NLRB sock. 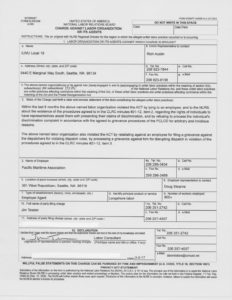 Or for those who prefer PDF; NLRB Charge re dispatcher retaliation