It is common knowledge that longshoremen who are “invited” to attend JPLRC Meetings, and/or longshoremen who chose to attend on their own, do not get paid. It is a courtesy extended to the Employers, by the Union. It has been that way since 1934.

Pay for attending JPLRC meetings is not covered by the PCLCD, and neither is what happens when an Employer abuses the courtesy by intentionally keeping a longshoreman waiting, so he misses dispatch, despite his request to attend to his business so he could get to the dispatch hall in time to get a job.

Usually the Union will make sure that their member’s business gets conducted so as to allow them to NOT to miss dispatch. That is unless the Union does not like you, and in this case they do not like Karey.

To rub it in Karey’s face, the Foremen’s LRC (including the Union) granted another longshoreman’s request to have his business conducted so as to allow him to get to night dispatch on time. They did it right in front of Karey so he could see the other longshoreman was going to get taken care of, so he could get to the dispatch hall in time to get a job.

Check out the 8-year-old’s attempt to persuade a Federal Judge that Karey is required to file his “claim” with the Foreman’s LRC, the very people who abused him and caused him to miss dispatch in the first place.

The following document is somehow supposed to support TTI’s claim that they will be stripped of their collective bargaining rights, if Karey’s Small Claims Court case is even allowed to proceed. 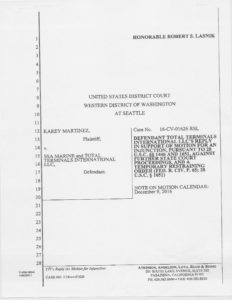 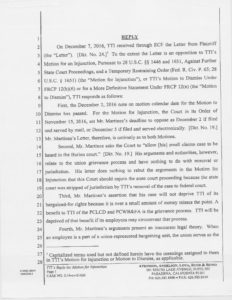 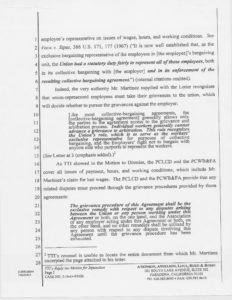 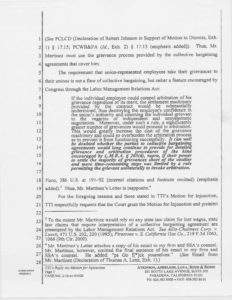 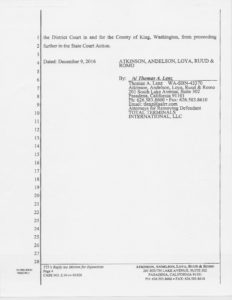 Or tti-reply-in-support-of-motion-for-injunction for those who prefer PDF.

This Motion even has an exhibit for show and tell. 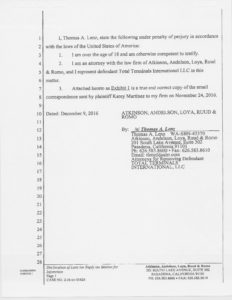 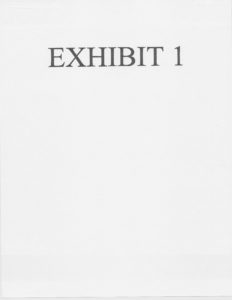 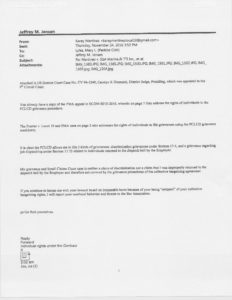 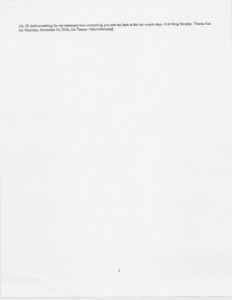 Or tti-exh-1-in-support-of-motion-for-injunction for those who prefer PDF.

Here are the lies and half-truths used in the TTI lawyer’s put on:

#1  Page 1, lines 15-17: “His arguments and authorities, however relate to the union grievance process and have nothing to do with removal or jurisdiction.”

TTI’s lawyer claims Karey is required to use the grievance procedure and when Karey points out that individuals do not have the right to process the kind of grievance that he filed in Small Claims Court, the lawyer claims that his arguments and authorities have nothing to do with removal or jurisdiction. Really? Then what the fuck do they have to do with?

#2  Page 1, lines 20-21: “Mr. Martinez’s assertion that his case will not deprive TTI of its bargained-for rights because it is over a small amount of money misses the point.”

TTI’s lawyer claims Karey made an assertion that he never made, ignoring the fact that Karey cannot file a grievance over something not covered by the Agreement. Also, TTI did not bargain for their rights, their rights come from the Arbitration Award that settled the 1934 Strike, something they had nothing to do with.

#3  Page 1, lines 22-23: “TTI will be deprived of that benefit if its employees may circumvent that process.”

TTI will not be deprived of the benefits of the grievance process if 1 longshoreman is allowed to process his Small Claims Case over a matter not covered by the PCLCD. TTI does not explain how will be deprived, they just make their wild ass claim even though it is completely baseless.

The legal theory TTI claims is inaccurate comes from a 9th Circuit Court of Appeals Decision, where in the Court agrees with the Union’s conclusion: “There are two kinds of grievances or complaints that an individual longshoreman is explicitly authorized to bring – a discrimination grievance under 17.4, and a grievance regarding job dispatching under 17.17.”

#5  Page 2, lines 7-9: “Indeed, the very authority Mr. Martinez supplied with the Letter recognizes that union-represented employees must take their grievances to the union, which will decide whether to pursue the grievances agains the employer.”

TTI’s lawyer failed to mention that Letter he is referring to is a 19 page Appeal submitted by Pacific Maritime Association, who is his Companies collective bargaining agent as it pertains to both the PCLCD and the PCWB&FA. PMA’s argument pertains to 1 worker filing a grievance against another, and PMA was appealing on behalf of an individual longshoreman.

PMA states only parties to the agreement have access to the grievance procedure, and the parties are the Union and the PMA.

Why in the world would someone agree to file a complaint using a procedure where they do not have access to an arbitrator, over something not covered by the Agreement?

#6  Page 2, footnote (2): “TTI’s counsel is unable to locate the entire document from which Mr. Martinez excerpted the page attached to his letter.”

Here is the BIG LIE. TTI and SSA were both given copies of PMA’s Appeal as directed by the Small Claims Court Judge. If TTI lost their copy they could have asked SSA or PMA for a copy. Maybe TTI forgot PMA’s phone number?

#7  Page 3, lines 2-4: “Thus, Mr. Martinez must use the grievance process provided by the collective bargaining agreement that cover him.”

#8 Page 3, lines 5-7: “The requirement that union-represented employees take their grievances to their unions is not a flaw of collective bargaining, but rather a feature encouraged by Congress through the Labor Management Relations Act: …”

TTI’s quotes half a page of the LMRDA in support of his claim that Karey is required to submit his grievance to the Union, but he failed to notice that he said the feature is “encouraged” by Congress, not “required” by Congress, as he is claiming.

TTI’s 8-year-old mentality lawyer submitted this exhibit, even though it has nothing to do with the case because he wanted to include the “final sentence” as he call it, or the “ps” as I wrote it, which was as he claims omitted from the email to his firm and SSA’s counsel, just so he could “tell” the Judge that Karey said go fuck yourselves. Funny thing is, it was me that put it in an email I sent to Karey as a haha moment. Ha ha….

The Judge has yet to rule on the Motions, as far as we know.

It would be nice if he does the right thing.

Merry Christmas to all ……

On September 27, 2016, the original Section 13.3 discrimination complaint against the Local 19 dispatchers, for putting names on dispatch slips prior to the start of dispatch, was stopped by Rich Austin who refused to allow his member to be represented by another American/Mexican member, from Local 13.

On September 27, 2016, 2 letters were given to Doug Stearns; one asking for a copy of the 30-day rule for filing complaints in Seattle and one thanking him for agreeing to research the question of representation at discrimination hearings and providing him with CLRC Minutes from 1963 and 1984 as well as notes from the 1979 Arbitrators Conference.

To-date both Rich and Doug have refused to respond to the member regarding the question of his representation by another A-man during his Section 17.4 hearing, for his Section 13.3 discrimination, despite being assured by PMA that they would be getting back to him with an answer. 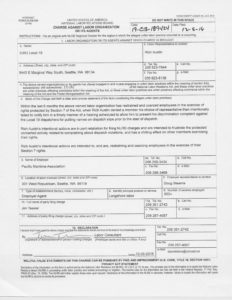 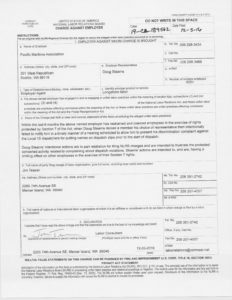 What the hell do these guys think they are doing?