Local 13 has finally, after stalling for 3 years, produced the transcript from the December 18, 2012, Arbitration where Local 13 went after their own member, and used the Union Arbitrator to force PMA into putting him on non-dispatch.

Check out the insulting cover letter that Victor Hudak felt the need to send along with the transcript. Eric – Hudak letter sent with 12-18-12 transcript 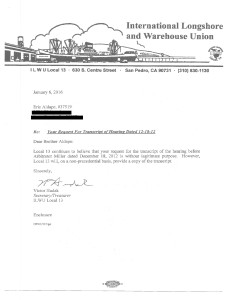 Union Officers Chris Viramontes, Mark Williams, Bobby Olvera Jr., Mondo Porras, Julie Brady, Mark Mascola, were all behind Harry Dong when he called the Arbitrator to put one of his Union members on non-dispatch, over the objections of PMA.

Check out the letter PMA submitted at the hearing. Eric – PMA letter dated 11-21-12 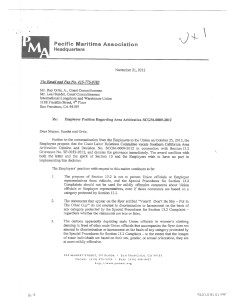 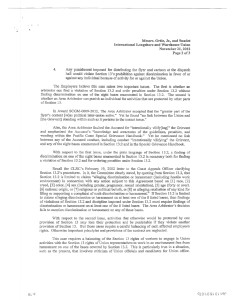 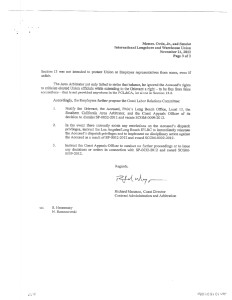 Click on the hyperlink and read the transcript for yourself. Eric – Transcript of 12-18-12 non-implementation hearing

Eric has been trying for 3 years to get the transcript, so he can process the Section 13.3 grievance he filed 3 years ago.

Here is the letter Bobby sent to Eric in response to a letter that Eric sent to the CLRC. Bobby 11-24-15 letter 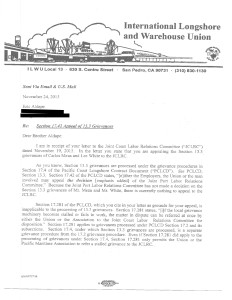 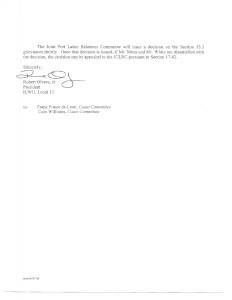 Bobby was not sent the Eric- 13.3 stalled procedure appeal of Carlos and Lee  letter dated November 19, 2015, but felt the need to send Eric this bullshit response, however he had no problem when Chris brought in Foreman’s President Danny Miranda to represent him, in violation of the 13.2 procedures.

What kind of Union Officials go after their own member, give him 2 years off, causing him and his family to lose their medical benefits, when the Employer says there is NO violation?

Their but for the grace of God, go I.

You could be next.

Time for the membership to step up, act like a Union, and make the member whole?

0Shares
« Bobby, Victor, and Julie are doing what ever they feel like with the newest robot dock, and so are the robot overlords at LBCT.
The robots are here, and Local 13 along with the “new” Coast Committee are rolling over like the cute little puppies that they are. »