Unless or until PMA decides to step up and deal with the bullies running the ILWU, nothing is going to change.

PMA could start by stopping the Union from fining members “all monies earned” for dispatch violations, and make the Union use the grievance procedure of the Contract.

Big Bob and his heir apparent Frank Ponce de Leon are pathetic bullies that need to be dealt with, if the labor relations climate in the waterfront is going to change.

Time for PMA to stop kissing ass and start kicking it, starting with Local 23.

According to this set of Executive Board Minutes, Local 23  has decided to bully and intimidate Seattle travelers by fining them $50 plus “all monies earned” when they commit a lineup violation during dispatch. 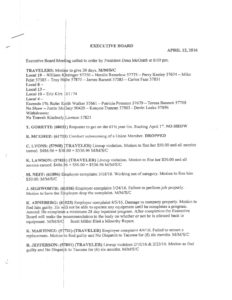 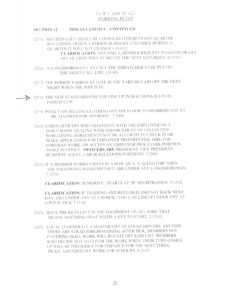 Local 23 dispatchers and members sit and watch visitors from other Ports lineup wrong, do not say anything (unless they are a friend), then put their Union brother, or sister as in this case, on the spindle for a lineup violation.

What makes them think the can bully travelers like that?

They think they can do anything they want, because PMA sits there, does nothing and lets the Union fuck over their own members.

I am not sure how anyone is supposed to know all the Tacoma Rules, there are 58 pages of rules and the Local does not give them out unless they are asked for a copy, and then they make whoever is asking tell the secretary why they want them. Duh?

Here is a current copy of all the Tacoma Working Rules, which are NOT included in the Local 23 Working and Dispatching Rules that have been agreed to by the JPLRC.  Local 23 Work Rules as of 2-11-16

As a result of the E-Board Minutes, the following NLRB charge has been filed against Local 23 for stealing “all monies earned” from travelers who make lineup mistakes. 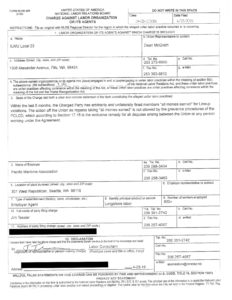 Time for the PMA to step up and stop the bullies currently running the ILWU from fucking everything up for everyone else.

What the fuck is wrong with the Employers?